Authors by lines of code, each year: 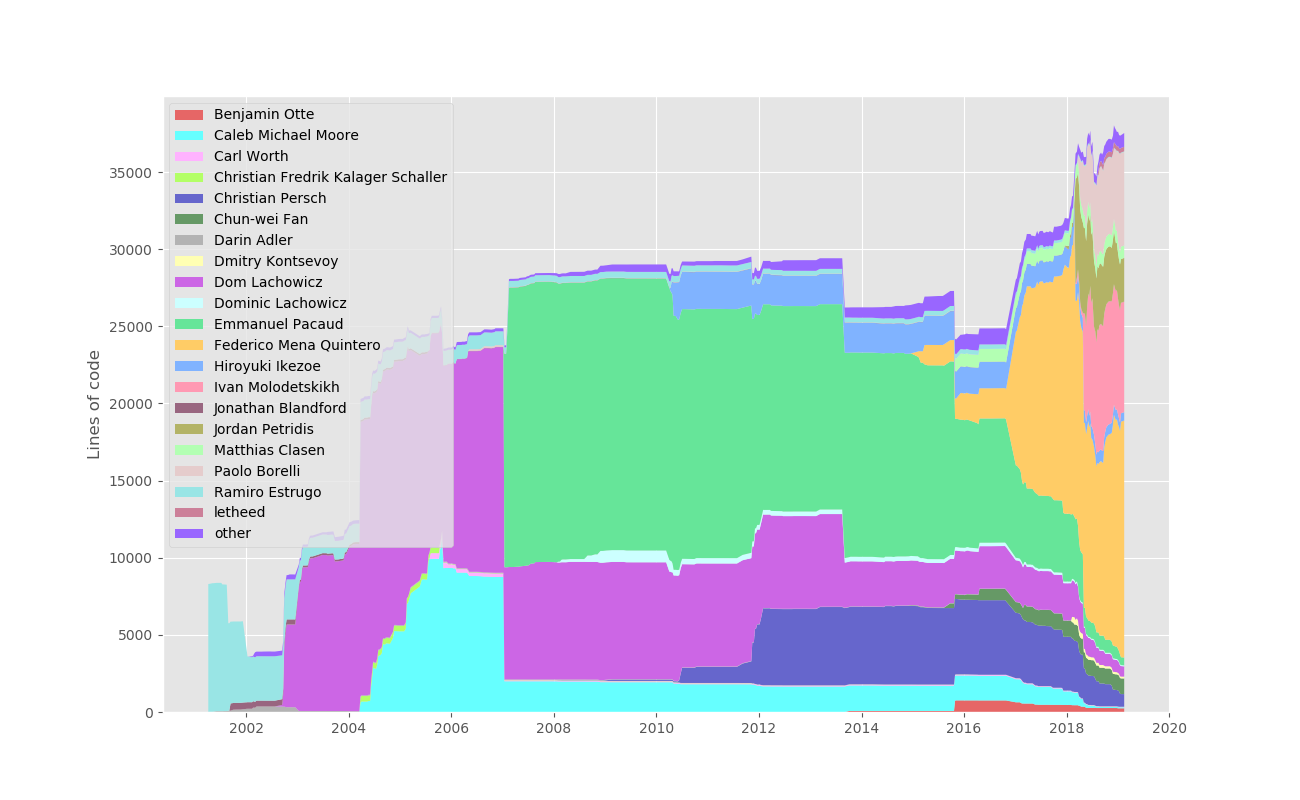 Authors by percentage of lines of code, each year: 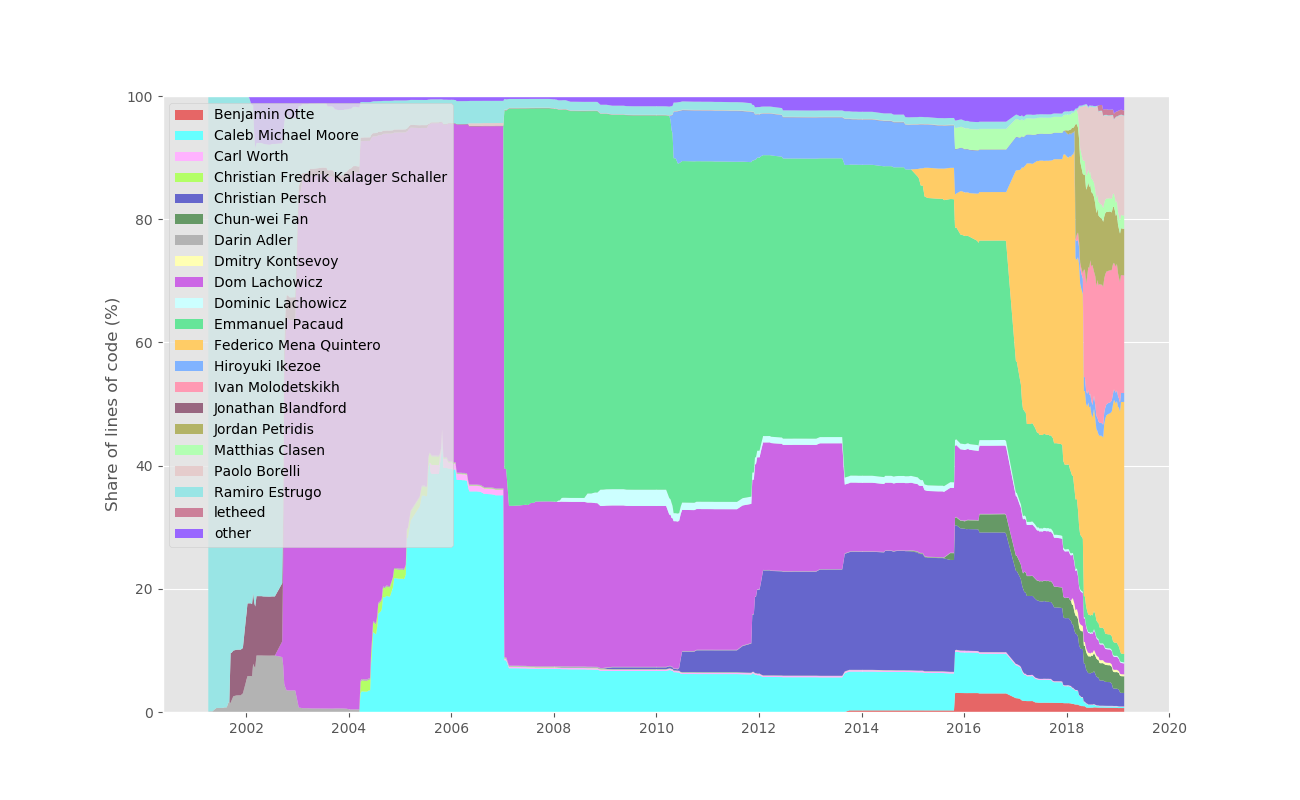 Which lines of code remain each year? 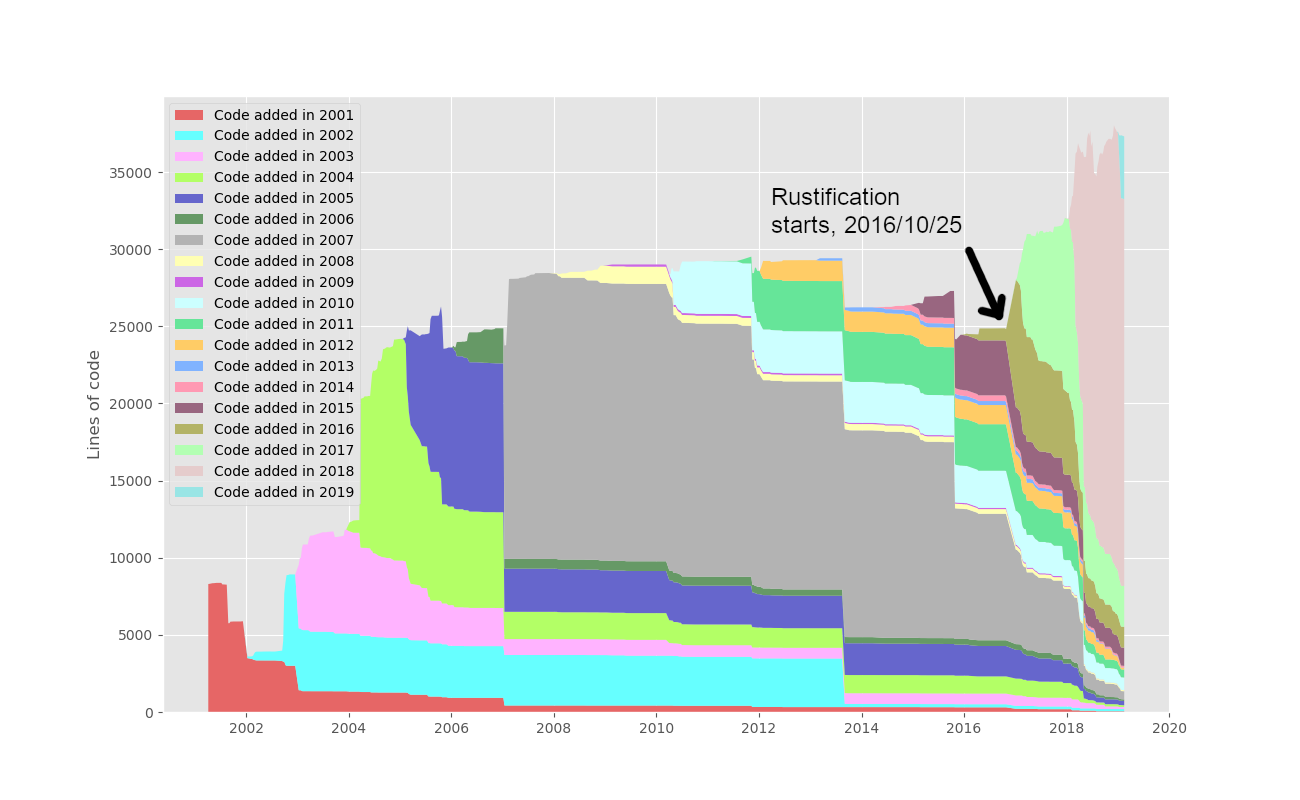 The shitty thing about a gradual rewrite is that a few people end up "owning" all the lines of source code. Hopefully this post is a little acknowledgment of the people that made librsvg possible.

The charts are made with the incredible tool git-of-theseus — thanks to @norwin@mastodon.art for digging it up! Its README also points to a Hercules plotter with awesome graphs. You know, for if you needed something to keep your computer busy during the weekend.