I have just renamed librsvg's master branch to main, as other modules already have. 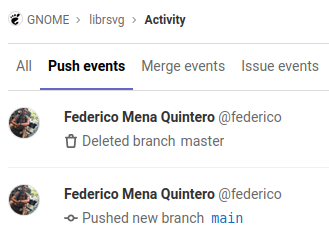 This is what I did:

If you have a local checkout, you can do this: